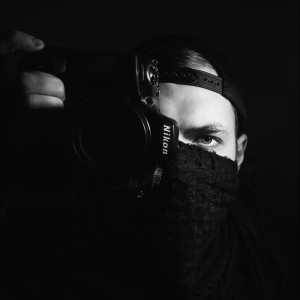 Liberating social media one Zap at the time

Since we began our journey with STARBACKR, we have been striving to build a solid foundation for the creator economy and the future of social networks. Today we are thrilled to go to the next level, introducing “Zaps”, replacing algorithmic noise with economic signals, and laying the groundwork for liberating social media.

The “Zap” is a new interaction that just went live on STARBACKR, and that replaces the “Like”. Zapping a post sends a 0.05 USD tip from your wallet to the post’s creator and indicates that you found value in a post. Don’t worry; for now, you can try it out for free- Every user gets five free Zaps daily.

But Zaps are more than just a donation; they are a beacon of value. An economic signal that is a much better indicator of quality than watch time, views, likes or attention could ever be because it has a cost and, therefore, an actual value tied to it.

An ad campaign can have many different goals. Some aim for conversions, others for awareness, but there is one thing that all ads have in common. They live on the user’s attention, and the more attention they can suck out of the user, the higher the chances for the success of a campaign.

The first step to getting someone to click on your ad will always be to show it to them. That is why, although some pay for performance-based campaigns in a cost-per-click manner, traffic and reach is still the most crucial metric when talking about ad monetization in a digital domain.

What does this mean for a platform like YouTube that generates revenue by selling ad space? To maximize revenue, they need to optimize attention and traffic. That is the only reason why you will see YouTube working on search algorithms and suggestions so much. The longer they keep a user on their platform, the more revenue they can generate from them. TikTok got it all figured out. Search for “TikTok addiction” and I bet you will be shocked. Exploring the problems that arise from the fact that these companies use psychological tricks to make us addicted to their platforms is definitely out of the scope of this article. Instead, I want to outline how this defects the content creation process.

In an ad-monetization world, the amount of money a creator earns correlates directly with the attention their content gets. Thus more views = more revenue. Thus more watch time = more revenue. Getting suggested is one of the best ways to get more hits and watch time. The result is an industry on a constant quest for the next “growth hack”. Tricking the algorithm into suggesting your content more or getting more users to click on your content is the golden ticket and crucial for a creator’s success – the result: clickbait, quantity over quality, spam, and noise. The system forces everyone on the platform to sell out slowly to the algorithm.

And most importantly: It causes creators to create low-quality content tailored for the algorithm, not the user. And I do not blame the creators for this. Creating clickbaity content is not the root of the problem; it is just the symptom of a broken system.

The system is fundamentally broken; now, how does STARBACKR fix it? By replacing the noise with signals. Using “attention” as a base metric tainted the system in the first place. Attention is easily grabbed, can be faked, and is highly inflationary. In a nutshell: The creator economy is ill and about to collapse because its foundation was weak. We fix it by replacing “attention” with something less inflationary and by replacing algorithmic noise with an economic signal, liberating social media from attention based nonsense. I have said it many times before, and I will repeat it: Bitcoin fixes this.

STARBACKR users and creators are already used to transacting with Bitcoin, but a big part of the mainstream is still not aware